We also offer overhauling, technical repair or complete restoration of your Vespa. In consultation with you, we carry out the work that is necessary so that you can safely travel on the road with your scooter. For technical repairs, it is important to us to respect the existing substance. As with the following project, where the preservation of the original patina was in the foreground. Technically, the scooter is completely outdated, even if the exterior speaks another language: 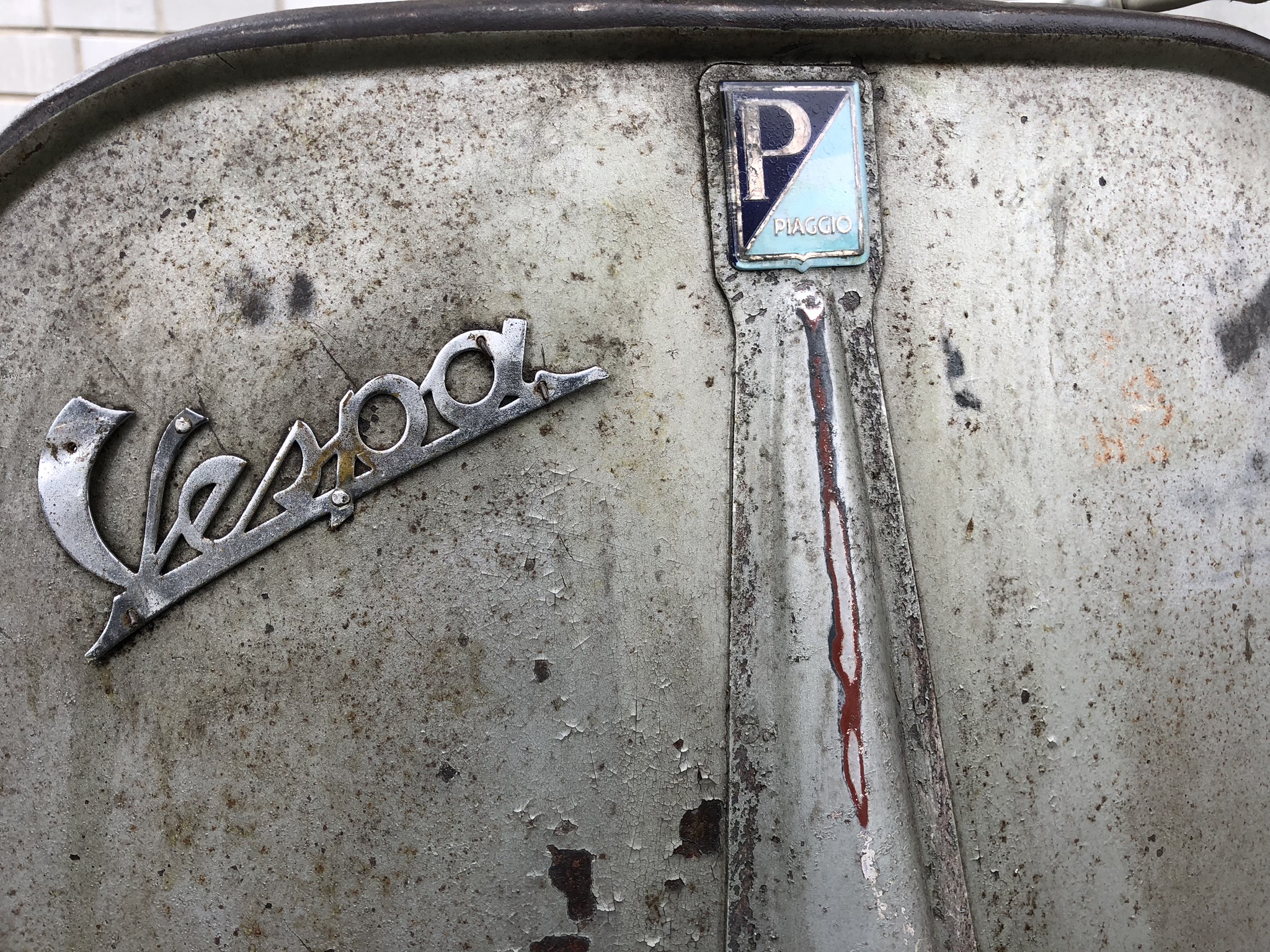 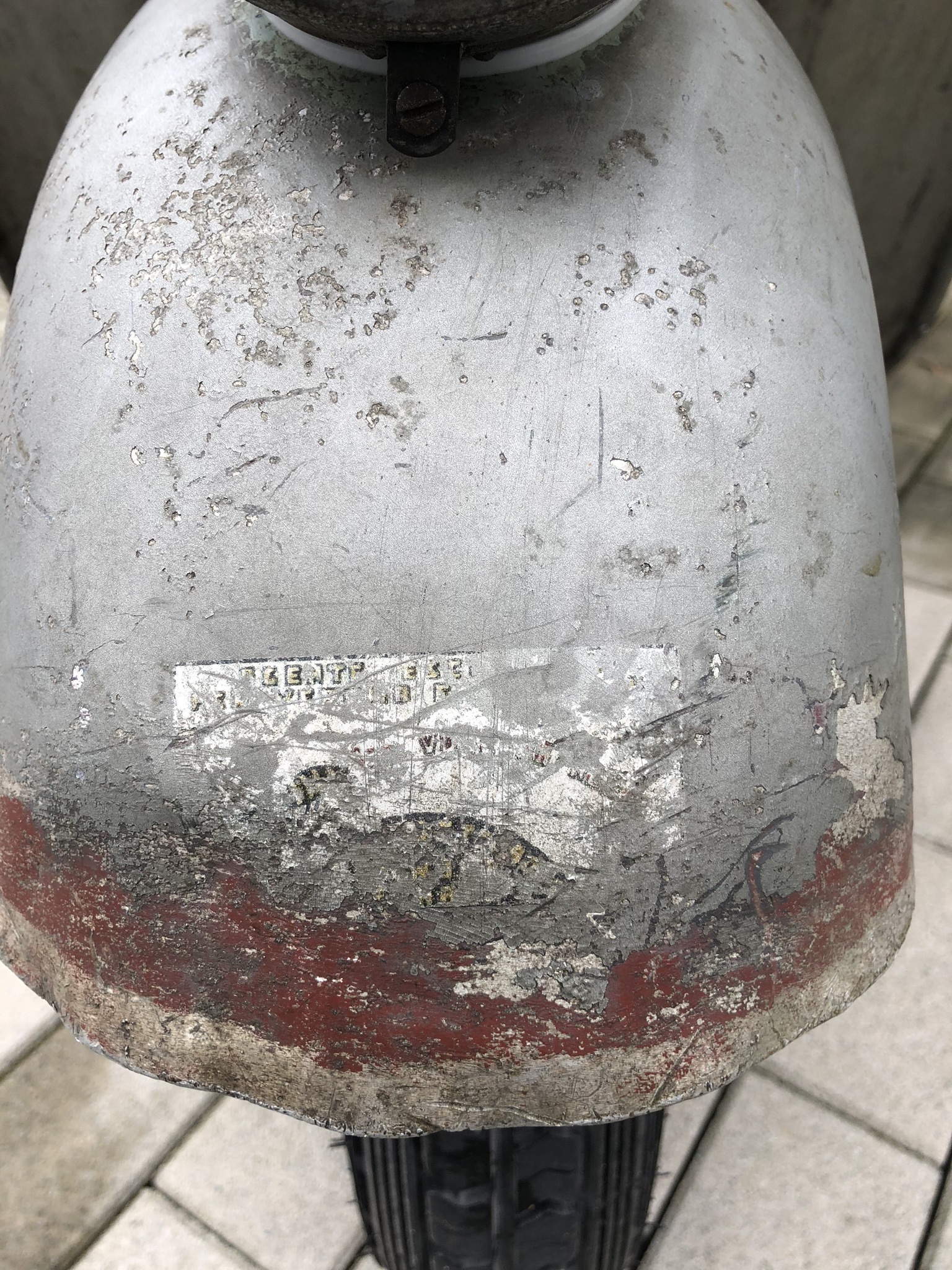 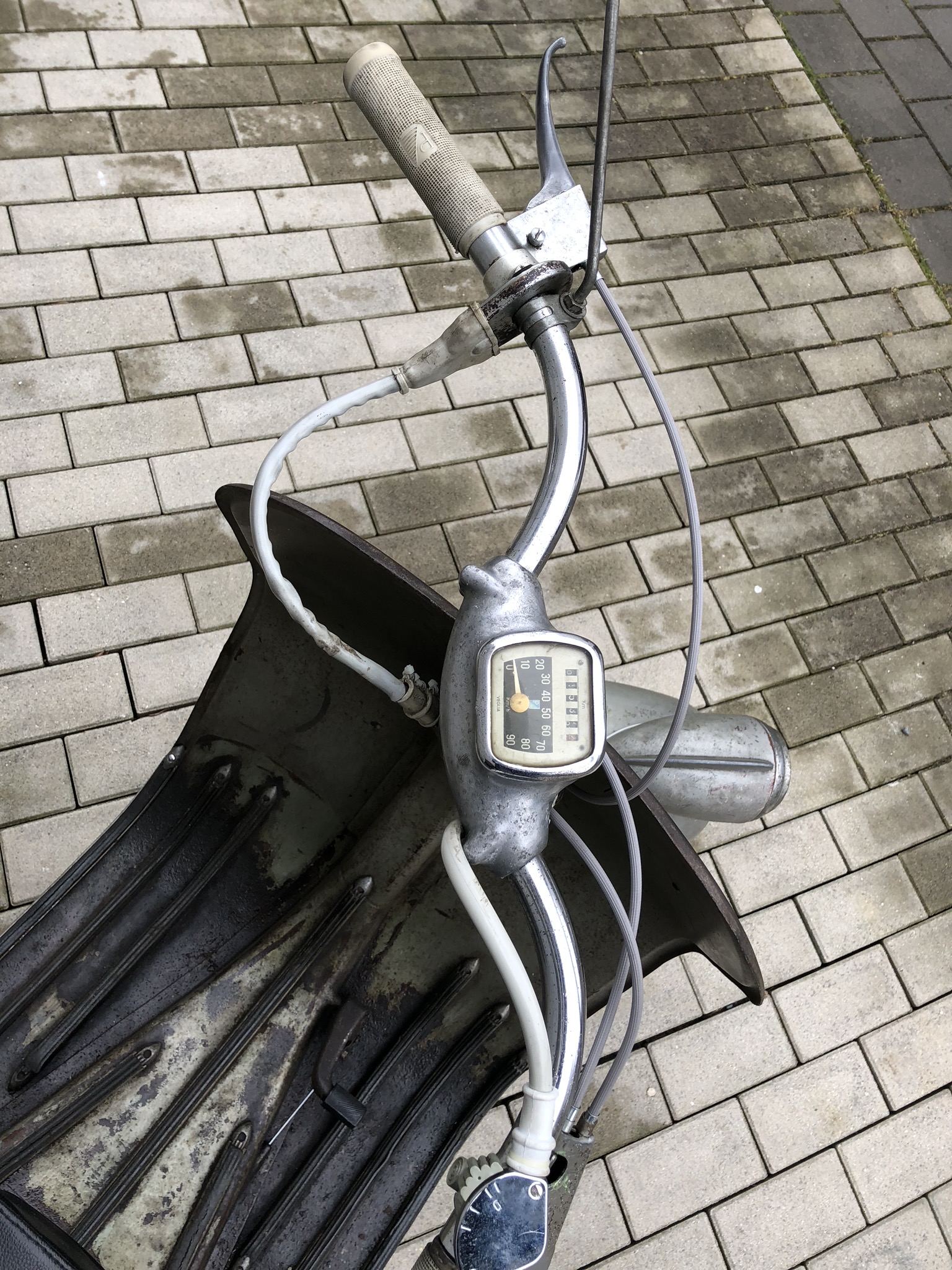 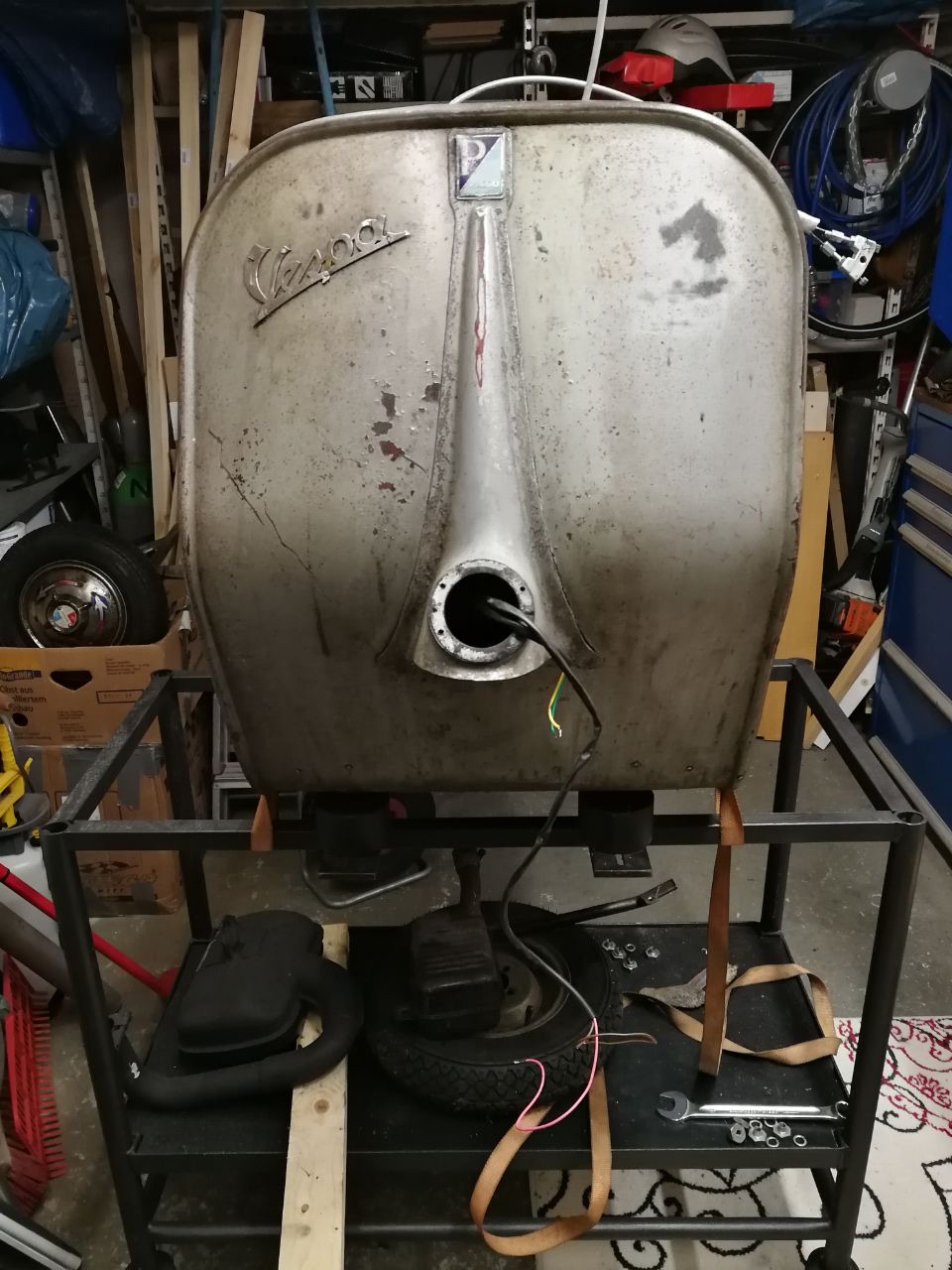 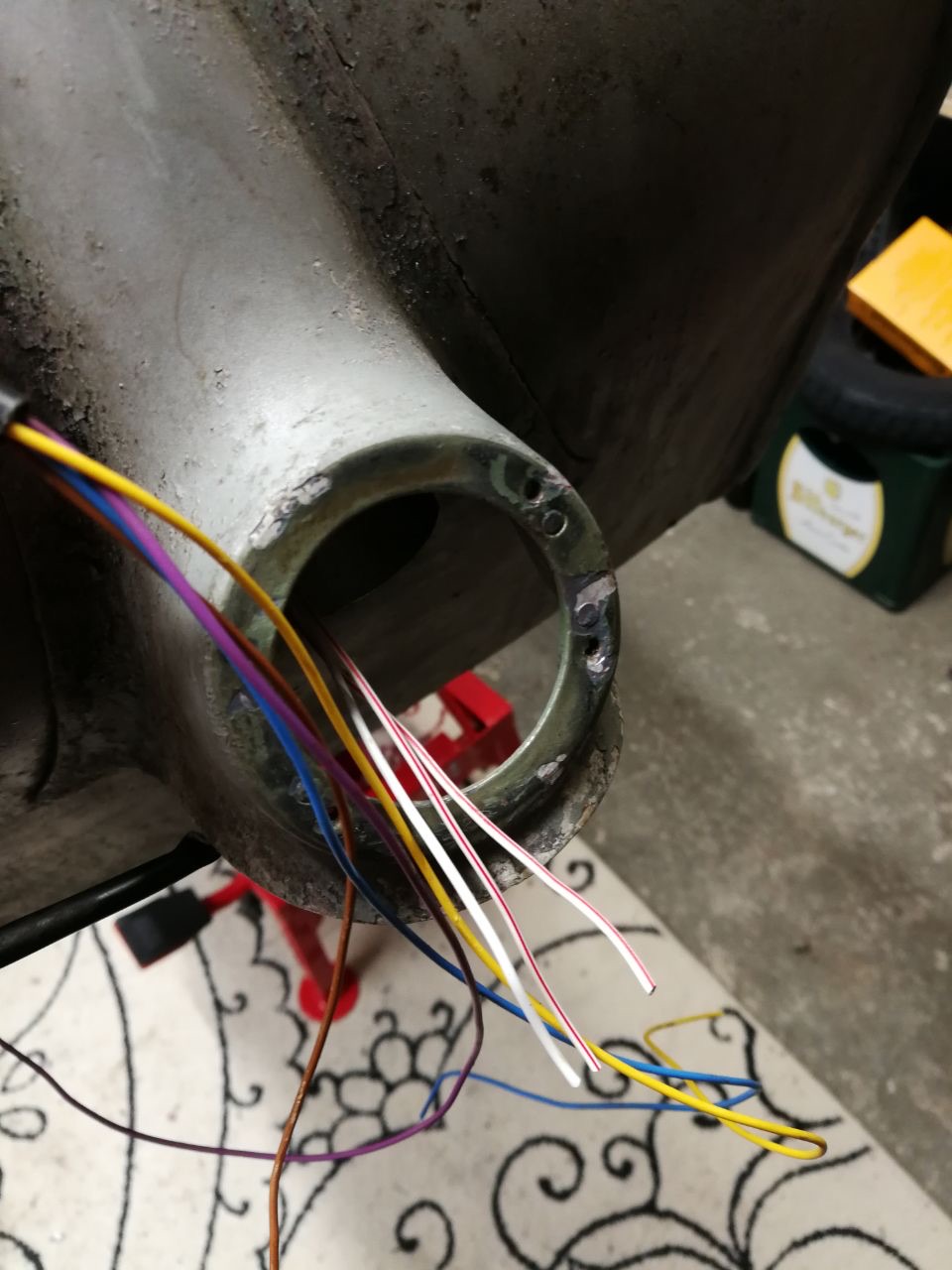 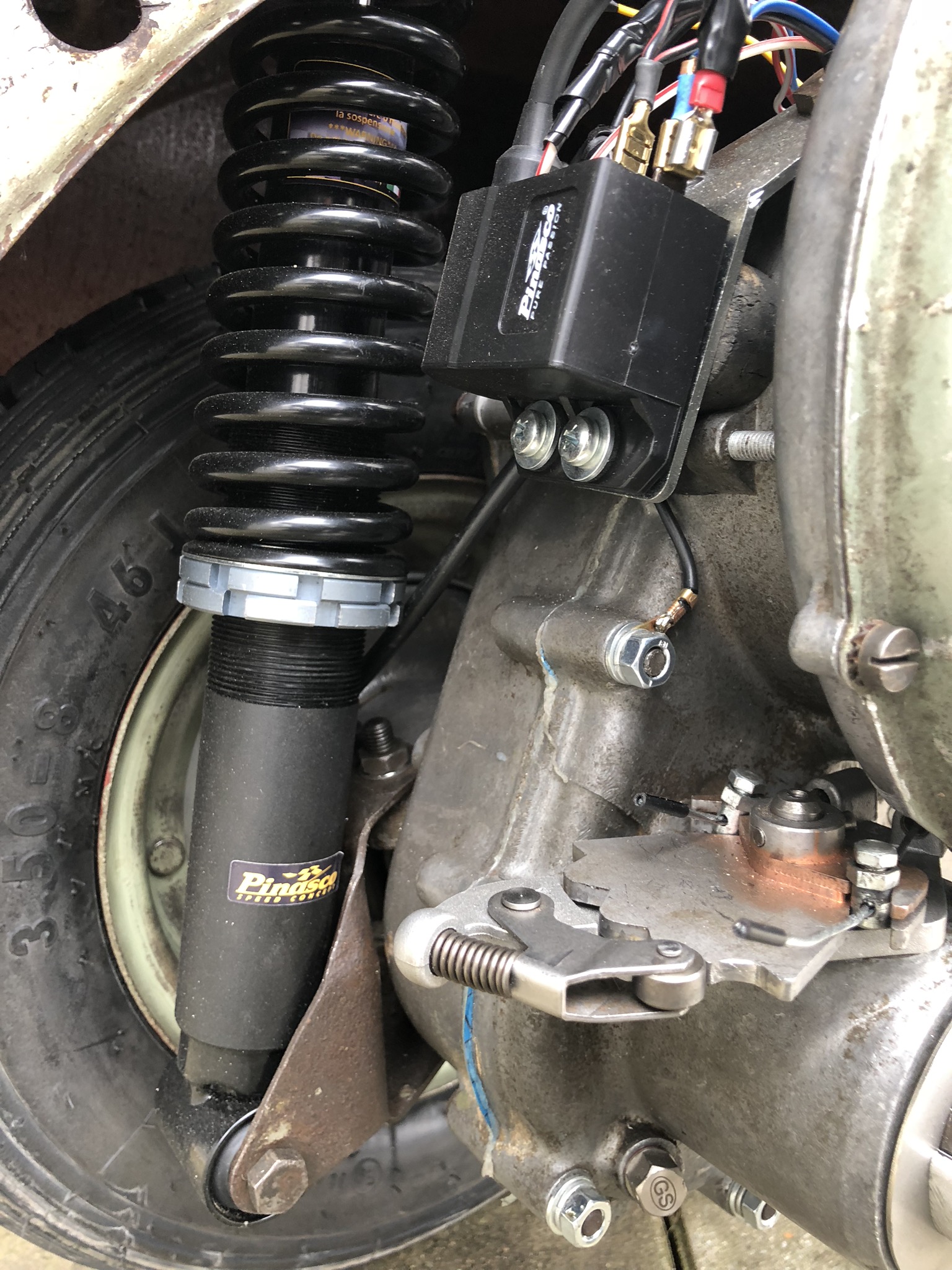 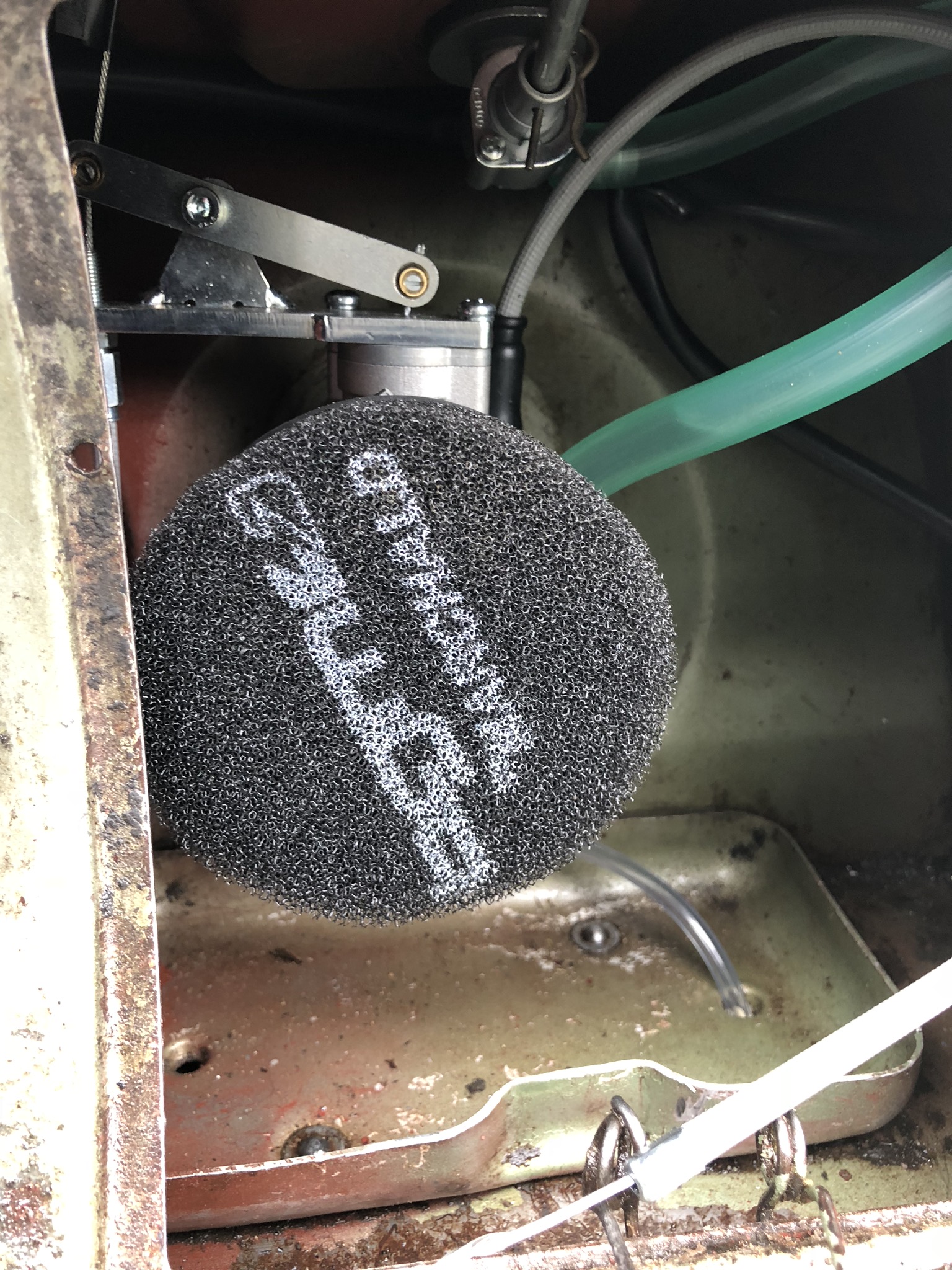 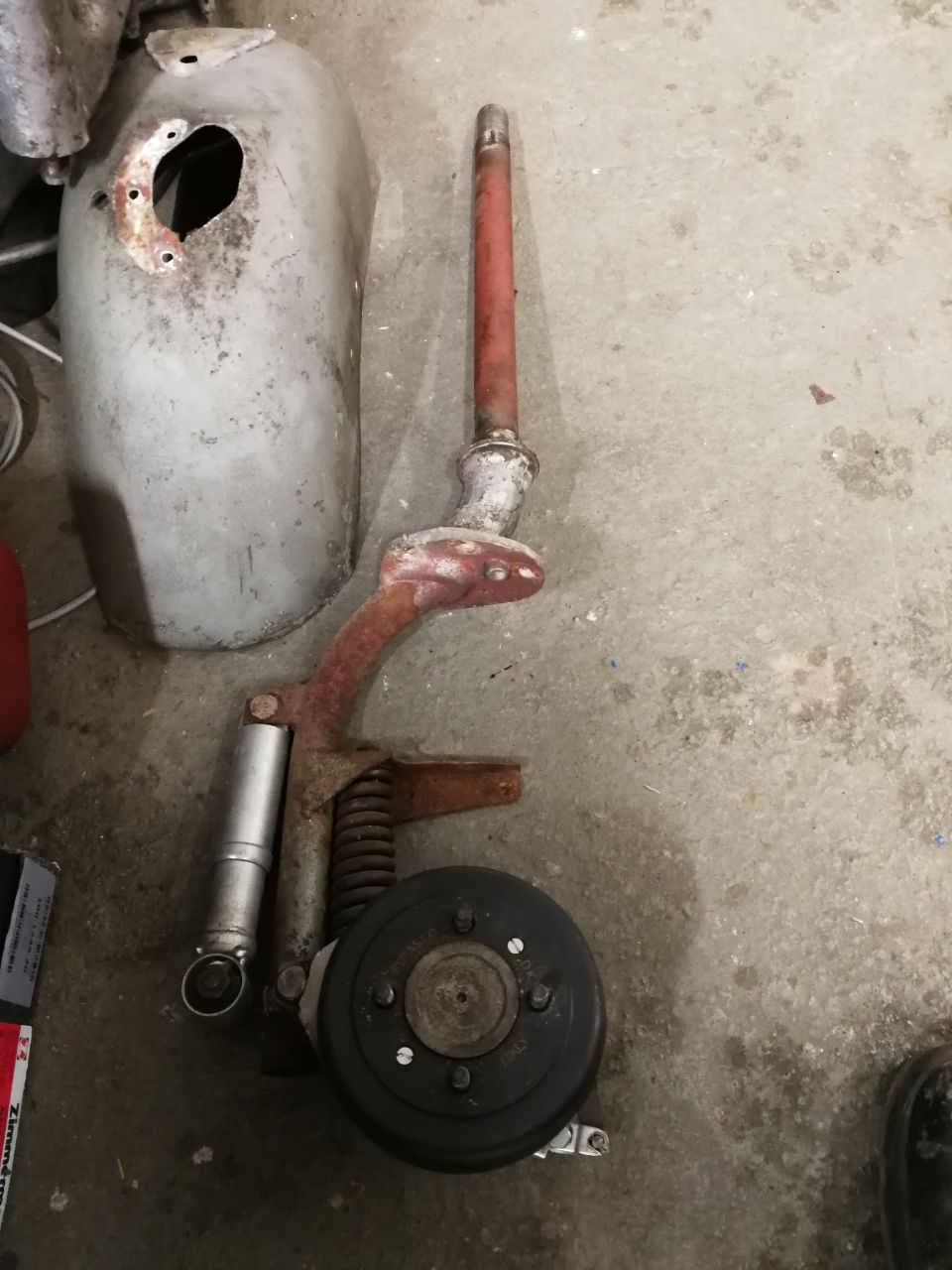 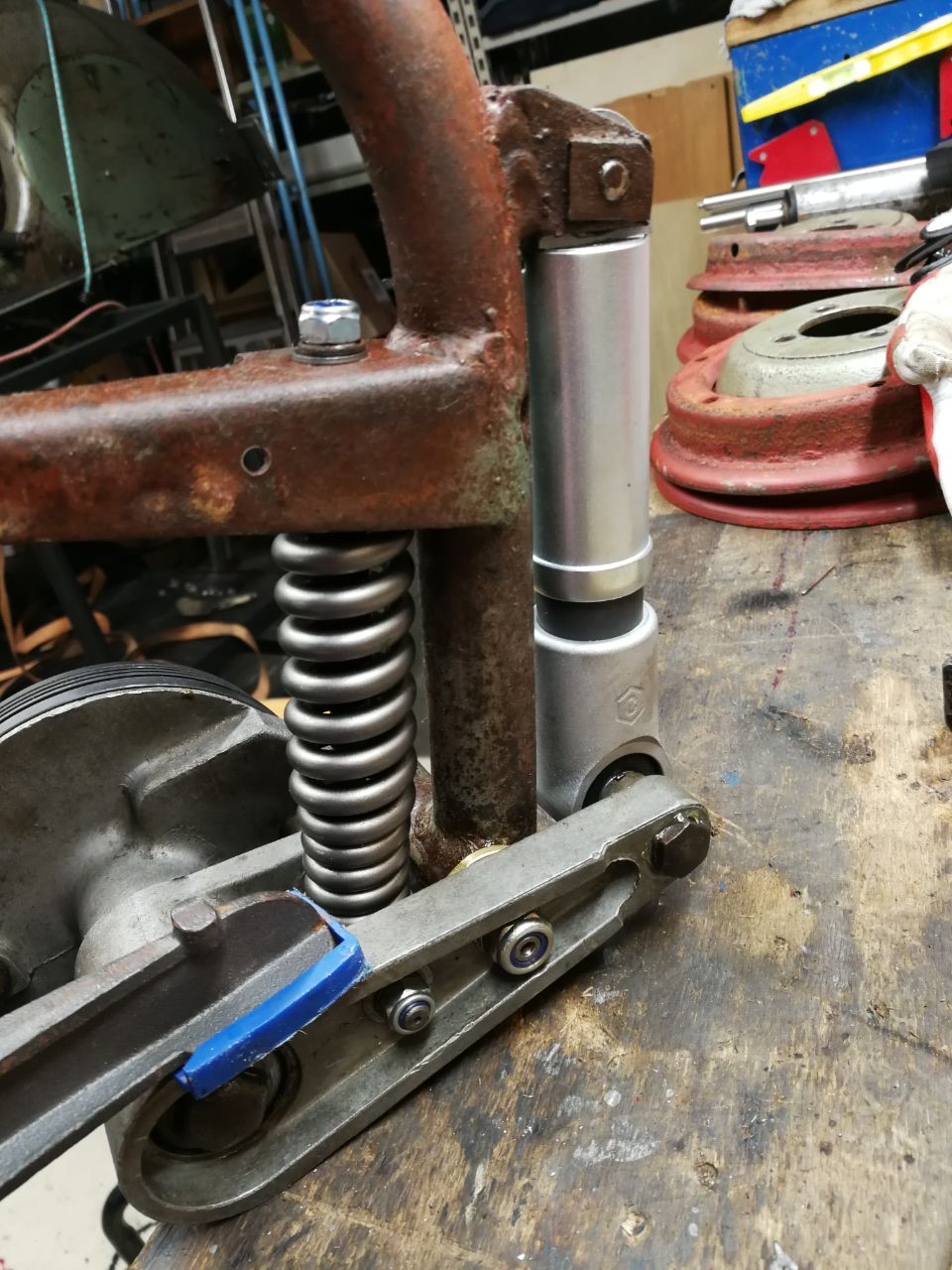 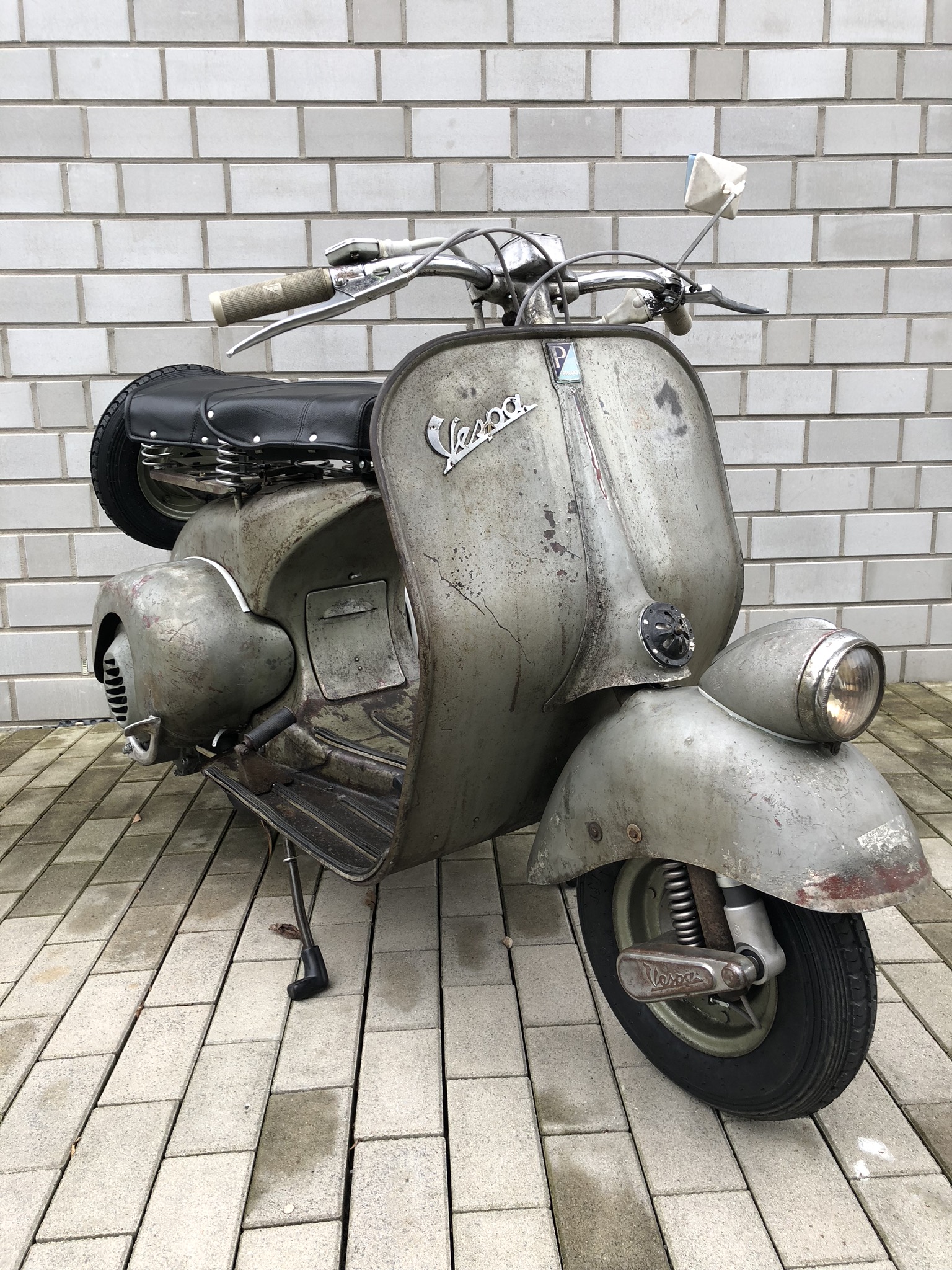 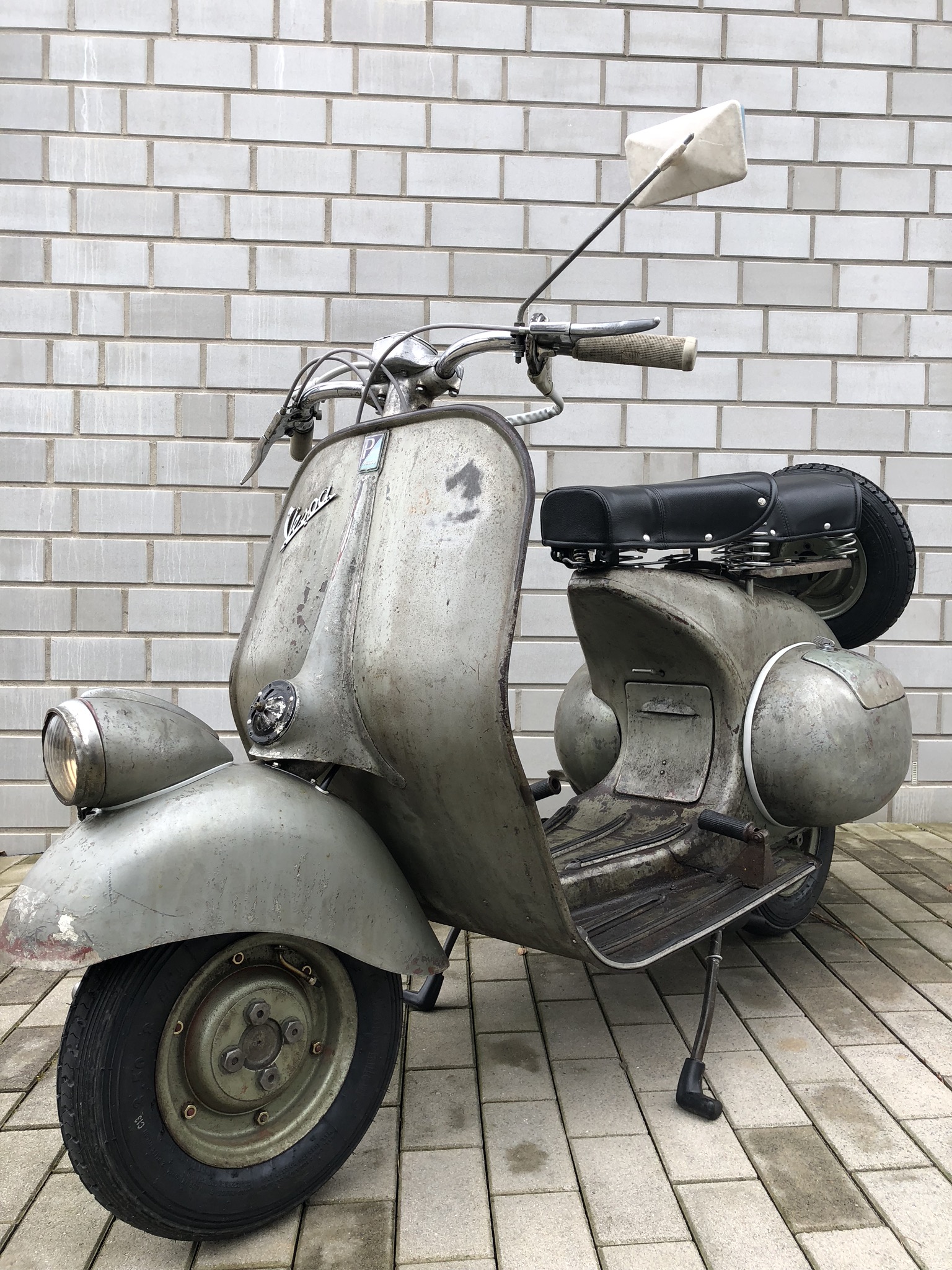 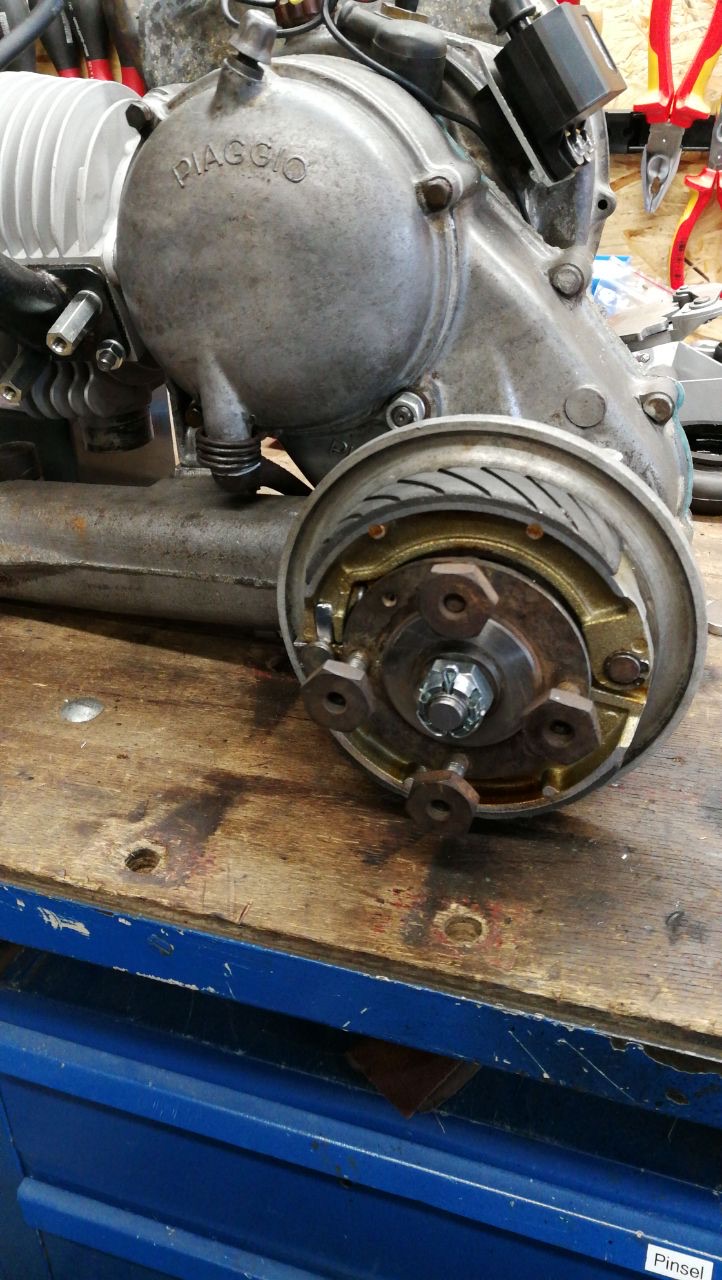 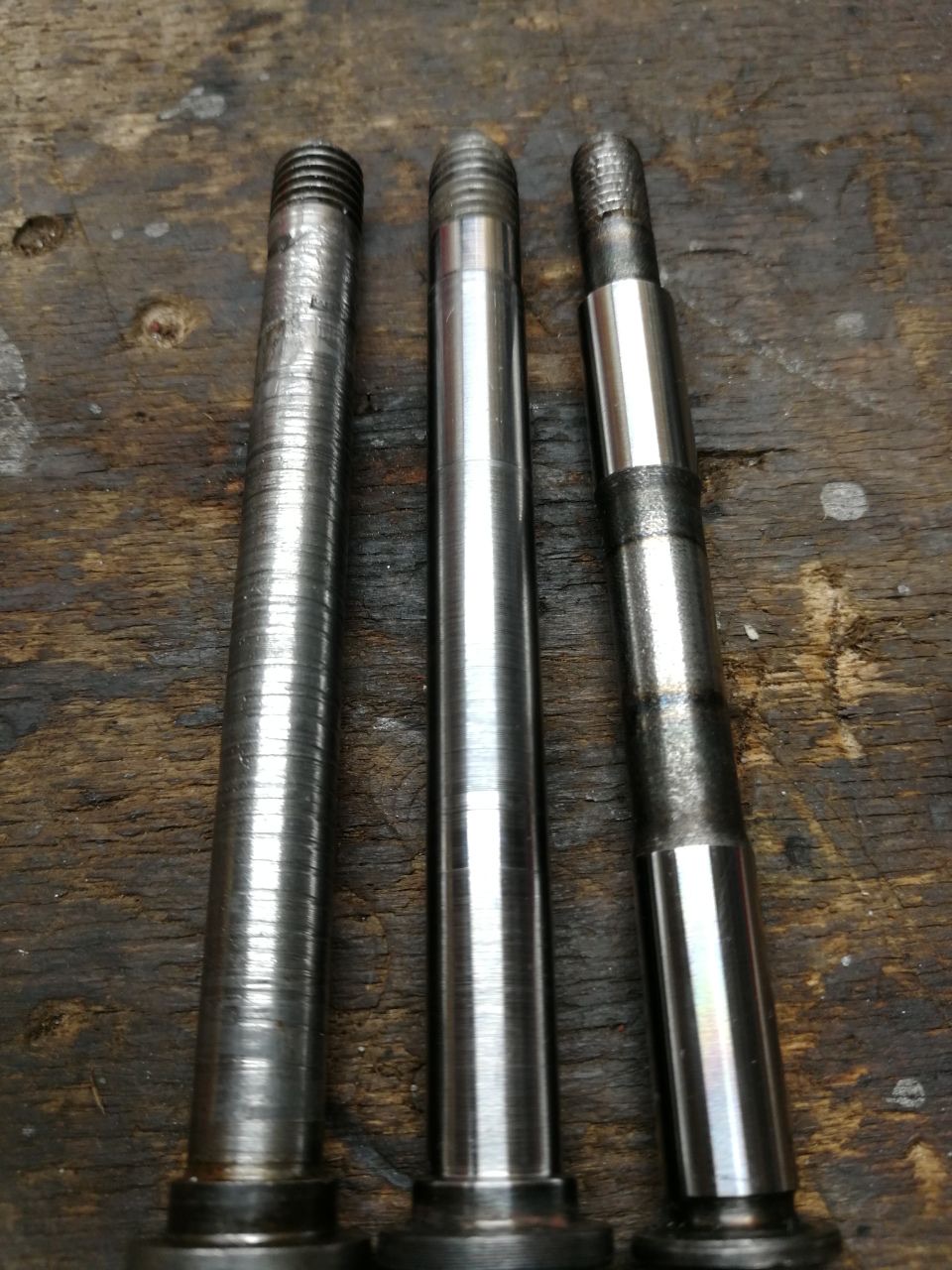 In recent years, I have also done a few restorations / repairs for me. Here is my latest project. 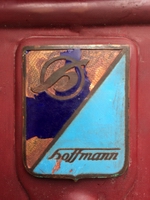 A racing project had been buzzing in my mind for quite some time. However, I did not want to build a Italian Sei Giorni replica, but a factory racer, as he might have looked, if he had been developed in 1953 at the Hoffmann company in Lintorf in the prototype department.
It gave the opportunity to acquire a completely rotten GS-Chassie, which was first renovated and at the same time to the idea of ​​a German factory racer from 1953 should be rebuilt. Here are a few photos of the construction phases: 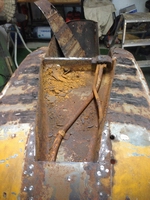 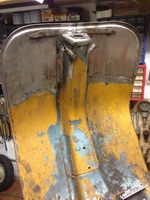 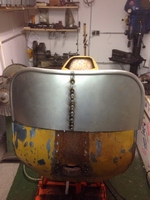 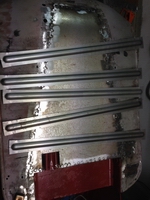 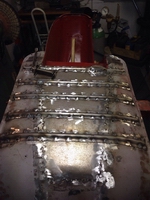 It was important to me that one could not recognize the origin of the frame and the attachments afterwards. Therefore, the tank room had to be downsized, the frame had to be converted to outward-facing trains and the leg shield had to be adapted to the heart shape of the Hoffmannvespa.

Since the frame was rebuilt from 10 "to 8", various adjustments were required: 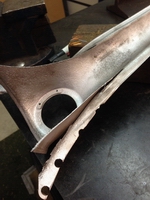 The handlebar is a complete self-made pulled from a piece of seamless tube and chromed behind:

The idea for the damper design comes from the Vespa Circuito of 1950. I solved it a little differently. The construction works quite well with a specially made 30% harder, progressive spring: 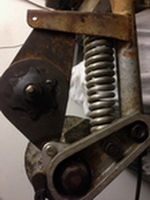 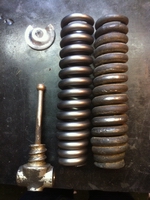 The attachment parts were - if possible - original Hoffmann parts used, the rest is self-designed and made: 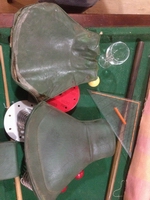 After 6 months, the scooter was on its own tires: 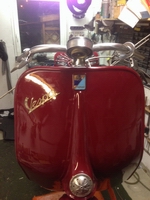 But the look was too new! Since it was supposed to be the only and "rediscovered" official factory racer of the company Hoffmann from Lintorf, the scooter also had to be moved to the condition that corresponds to more than 60 years of age and wear. Thank you Christoph, that you took over the project and conjured up this result: 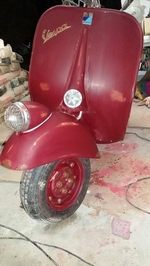 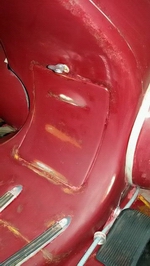 The engine is a 14 hp long-stroke engine based on a GS-150 engine. After 1 year and several 1000 km the scooter got its natural patina: 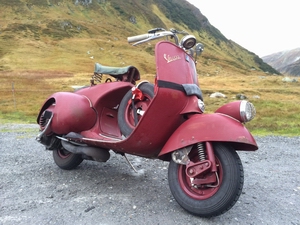 The offer came as a surprise and so I accessed Christmas 2006 directly when I was offered an Italian VS2. In the state I could, but already partially dismantled, acquire:

The substance seemed good, papers and after the restoration of 2 German GS'en I then found that I like the Italian original with the shapely sports bench better than the comfortable Denfeld sofa. Christmas 2007 finally offered the opportunity to start the stocktaking exercise.

The damage to the struts seemed manageable. After drilling the leg shield struts, it seemed advisable to look under the footplate for the right. And that came to the fore:

So a little more sheet metal work was announced:

Forced-out steering wheel locks gladly leave their mark on the stable tunnel plate and should be removed before painting:

While the scooter was at the painter's, I was able to look for the engine, which was completely dismantled in many small doses, and take care of the overhaul of the chassis:

The crankshaft was completely over and no longer tolerated even a tolerant test:

A few weeks later, the engine was ready to be installed:

In the meantime, after initial difficulties with the one-coat nitro lacquer, the painter had delivered a very good result:

The assembly takes time and above all rest, so that nothing is damaged: 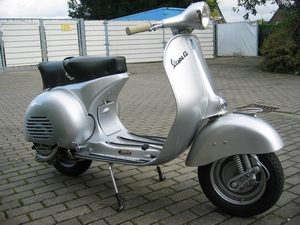 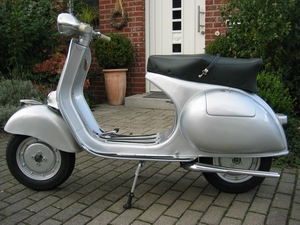